The author of a book on the natural history of Tasmania, Ted Davis, is a friend ours and lives on Cape Cod here in Massachusetts – go figure. We picked Ted’s brain and got some ideas about how to visit this island-state. We first allowed two days and then upped it to three full days and two half days — and that was no where near enough. Actually the author of Where to See Birds in Victoria, who lives in Victoria, Australia, was equally helpful as he corresponded by email and answered questions (equally silly to those questions we asked Ted) without snickering. All in all we were very lucky in planning the trip and found everyone we corresponded with to be gracious and helpful.

But back to Tasmania. This is a beautiful island. It reminds me, at least along the east coast, of areas like Maine and Nova Scotia near Peggy’s Cove. A lovely shore with trees, rocks, and pocket beaches of white sand. Our plane touched down a bit late, we located our rental car after declining the mini that was offered we ended in a brand new Renault for $8 a day more. I pulled over to the left-hand side of the road and we headed off to the north; our destination was, what turned out to be the very small town of, Triabunna. (That is pronounced like as pastry clerk might; “why don’t you “try a bunna” today?”)

The ride was great fun. We headed rather quickly uphill into our first eucalyptus forest and saw our first wallaby (dead on the road). We stopped and took the view here and there and birded and enjoyed the countryside – and Tasmania has lots of countryside. Like most of Australia there are lovely places and few people. Thus coastal communities that would be bursting with tourists and clogged with traffic here are much more low key and enjoyable down there. There were dozens of places where we said, “I could live here”. Most Australians who fish or vacation along the shore have a caravan (a small pull-behind trailer) or rent in the community they vacation in. Thus we saw very few second homes or condos anywhere in the country. All in all it seemed comfortable and unhurried.

We went to Tasmania for several reasons; there are twelve endemic birds, everyone says it is nice, and, of course, the off-chance of seeing a Tasmanian Devil. We did see the endemics and Tasmania is really very nice, but the devil takes a lot of work and driving to see – and we didn’t. As we headed north from the airport we came across a road-killed Bennett’s Wallaby. There was a Forest Raven picking away at the animal’s soft parts. This rather grotesque activity was recorded when we stopped to walk the edges of the roadside forest enjoying the vistas. When we reached the towns of Orford and Triabunna we spoke to people about the wallaby and the raven. They mentioned that in the olden days (less than 20 years ago!) it would be Tasmanian Devils that came in the night to help clean the road edges of carcasses. But the devils have all but died off on the eastern portion of the island due to a cancer (DFTD – devil facial tumor disease, a non-viral transmissible disease) that causes tumors on the face and eventually causes difficulty eating and eventual starvation. The tumors mostly occur on the face and this makes the transmission of the disease rather easy via shared food items or fighting/biting.

We came to Triabunna because we wanted to get to a National Park called Maria Island and Triabunna (I like saying Triabunna) was the place to catch the boat. We stopped in at the Visitor’s Center (a usual and well-staffed Australian feature) down at the boat ramp and learned about the town. We also learned about Maria Island, the ferry, accommodations, where to have dinner (and where not to have dinner), and enjoyed the vivacious ladies (Marian & Elizabeth) at the information place. We got our room and went for a drive through the countryside looking at the terrain and its birds before dining on calamari and rump steak. We were rewarded on both counts; that is with the terrain and the birds, not so much with the dinner. As I mentioned, Tasmania is lovely; even the Aussies come here for vacation. It is quite southerly and is thus the cooler part of the continent and its forests and lands are more lush than the continental portion of the country and the birds are rather tame and abundant. Much as Texans and Floridians head north in June, Jul, and August, the Australians head for Tasmania in the summer.

We caught the boat for Maria Island the next morning. It was a one-hour ride to the island’s pier. During the ride we had a few Pacific Common Dolphins and a non-stop commentary by Michael Cook the captain. He is a young man who is running for Town Council and cuts a rather dashing (local, a bit eccentric, bright-eyed, and concerned for the area) figure both on shore and at the helm. It was cool and a bit gloomy with a sporadic heavy mist and he was lightly clad and barefoot. Not unlike many coastal folks along the south shore and here on Cape Cod. 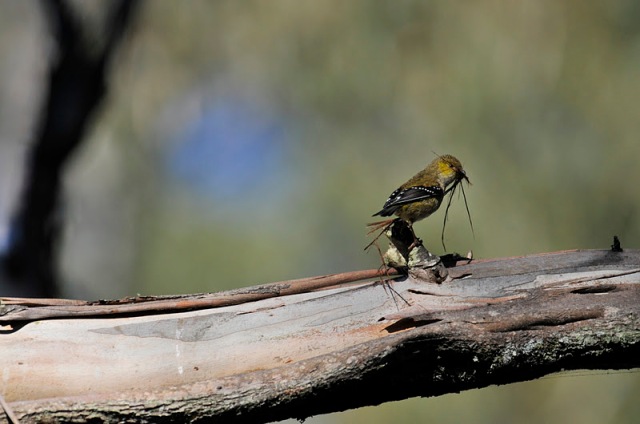 As I said we had a great visit to Tasmania. It is a lovely place for naturalists to hang out and we now understand why Ted Davis chose it as a place to visit again and again. Frans says it all!!