This is the first of at least three blog pages on the birds of the Nome area. There will also be bird and mammal pages from the Denali (Mount McKinley) area and from the lovely Kenai Peninsula (mostly around Homer).

Nome is very far away and really not much of a tourist town. There are beaches and bars but neither would entice a group getting away for spring break. Why would anyone go to Nome unless they had to? It is the birds mostly and then wildlife in general. Of course I am ignoring the people who are seeking gold or who arrive by dog sled in the middle of the dark and cold winter. Birds are the spring attraction here. Every ecotourism outfit sends at least one group to northern Alaska. It is often Nome but it could be the Pribilof Islands, Adak, Barrow, or Gambell Island. But Nome is pretty easy to get to (in a relative sort of way) and has nice hotel facilities and, most importantly, Nome has tundra on three sides with the Bering Sea on the other.

Birds are arriving onto the tundra around Nome from all over the globe. There are land and water birds migrating up from the lower forty-eight, there are Asian birds that arrive after crossing hundreds upon hundreds miles of Russia and Siberia, there are long-distance migrants returning from New Zealand and Australia via the shores of North Korea and China, and there are some that actually wintered nearby and are simply happy to see the sun shine – hour after hour after hour. Birds arrive from the Southern Hemisphere and pretty much every continent. Some birds wintered in forests, others on the ocean, and others on balmy southern beaches. But the northern tundra is where they come to mate, breed, build nests, and have their young. 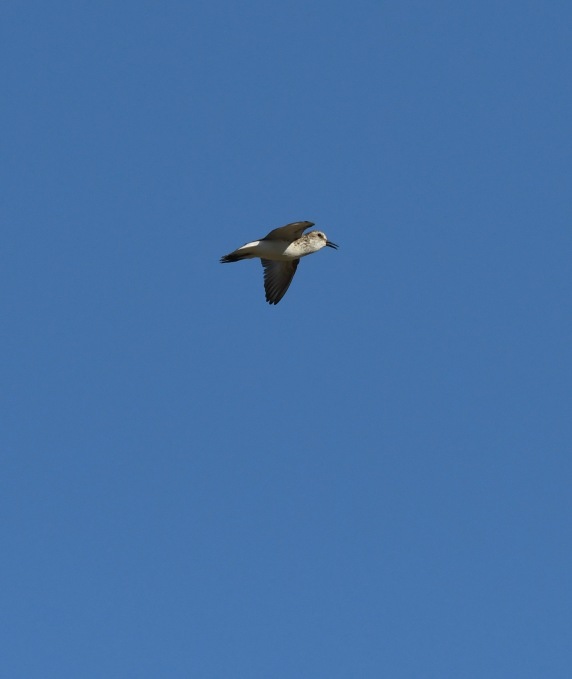 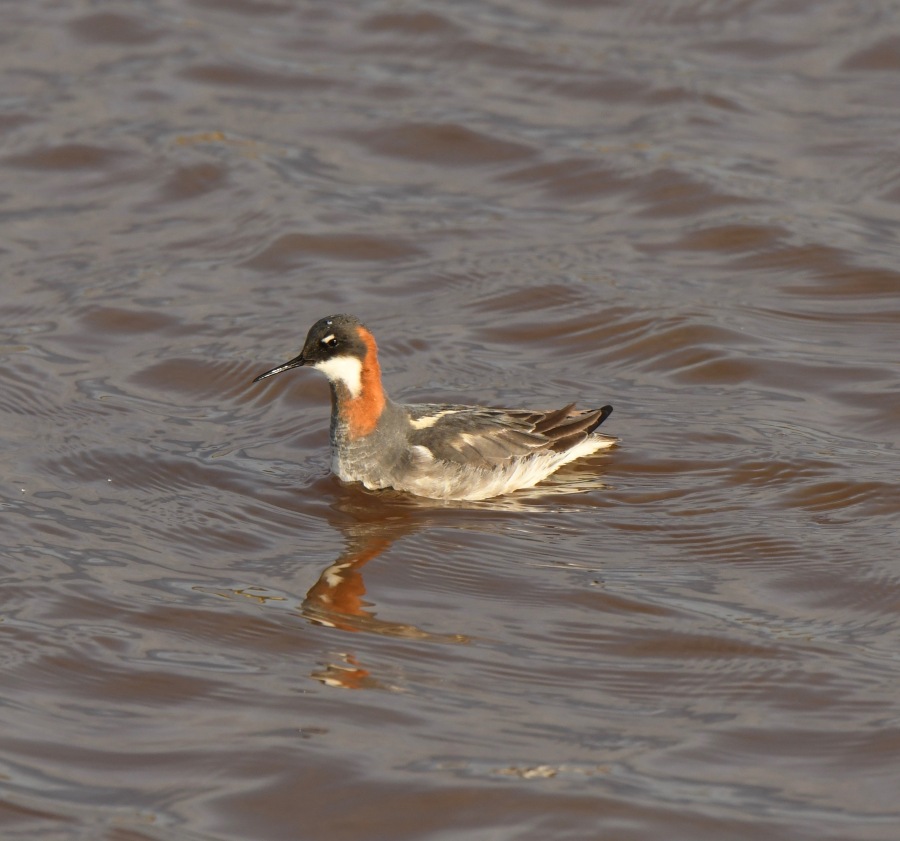 The images above show a Semi-palmated Sandpiper (top) singing from an arial vantage – there are no trees in the tundra and birds that need to show off a bit have to flutter, float, and sing. The lower image is a Red-necked Phalarope, a water-loving sandpiper. The male phalarope incubates and handles domestic chores once the eggs are laid.

Alaska has thousands of square miles of tundra; wet tundra, dry tundra, alpine tundra, and tundra at sea level. The tundra is often wet, especially in the spring, and this is great habitat for insect breeding. Alaska has a well deserved reputation for having large and voracious mosquitoes (35 species – but Massachusetts has 50 species). They also have flies, midges, beetles, bees, wasps, butterflies & moths, crickets, dragon and damsel flies, and treehoppers among many others. The returning birds need a lot of food to develop eggs, raise their young, and then reestablish their own strength and health. The insect larvae and adults provide that sustenance – along with berries, seeds, and buds from the vegetation that bursts forth along with the insect hatches. The adults and young will eat tons of Alaskan insects and berries each year.

Most of the birds have adapted to a rather short time window for nesting. Pair bonding, nest-building, and egg-laying take the first couple weeks. Incubation will add another 2-4 weeks depending on the species. Then things can start to vary; some young are precocious and can walk and feed themselves within a day or so where others are altricial and need further care by the parents. This will add a couple weeks to the parental chore list. The sandpipers (shorebirds) pretty much all have precocious young. The parents of sandpiper babies can start to feed themselves once the young are free of the egg shell. This allows them to regain strength, fat, and vigor rather quickly; and in many cases allows the older birds to start migrating south before the young are fully grown. On the east coast of the USA we see often southward moving sandpipers in mid-July. Certainly August is a month with lots of southward migration of adult birds. Young sandpipers usually migrate in late August and September. Yes, for those of you thinking “how”, it means the young have no direct leadership or leaders as they head south for the first time. As ten week old birds, many will embark on a migration of 5,000 to 10,000 miles.

The images that will accompany this page are all Alaskan sandpipers. They may winter along the Canadian and northwestern United States coast or they may fly over the Pacific Ocean for eight day straight to New Zealand and Australia. Some will swing around and head to Asia, dropping down the coast to Japan or the Korean Peninsula. Wherever they go and whatever route they follow remember that they are always at the edge of danger. Coastal development in South Korea and Asia has eliminated many of the historic stopover spots and additionally, there are storms, hunters both human and otherwise,  and dealing with loss of habitat due to environmental contamination by industrial and cultural chemicals, and climate changes.

However spring in the far north is is still an amazing scene; Nome is worth the trip. But it is always tinged with melancholy as bird numbers drop and habitat changes. For birds, the good old days were really the good old days.

But – enjoy the images and donate as much as you can to some conservation effort.