There are a dozen or so fjords on the southern half the western side New Zealand’s South Island. Coming from Christchurch you would cross the Southern Alps via Arthur’s Pass and descending to the Tasman Sea which forms the western boundary of the island. There are a couple glaciers that can be visited as you head south (Franz Joseph and Fox) with the mountains to your left and the sea to the right. It is a very nice drive. 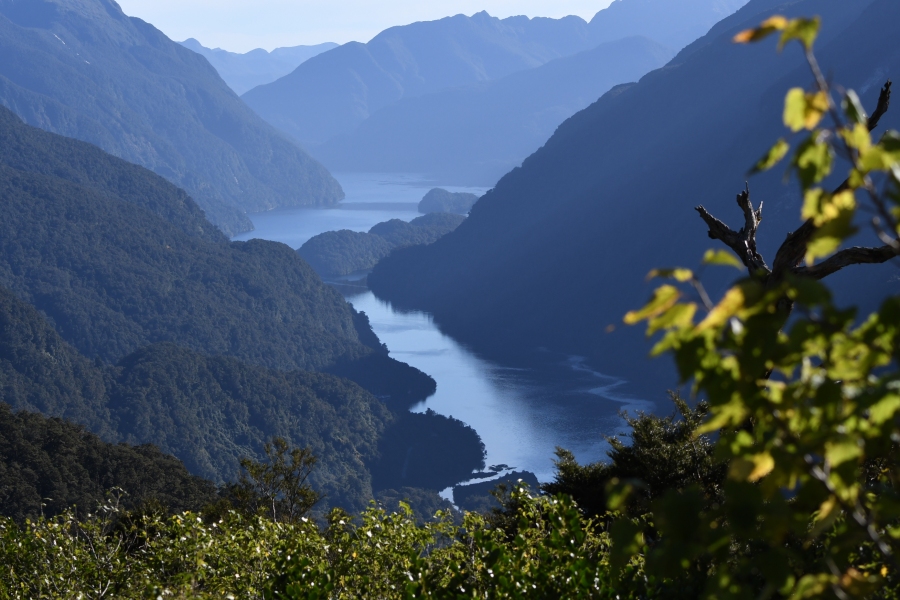 The fjords are pretty much all referred to as “sounds” due to the naming used by early visitors to the region. Sound usually referred to a safe harbor where today it usually means a harbor separated from the sea by a barrier beach or islands. A fjord is more of a glacial name and refers to a narrow passage from the land to the sea that was carved by a glacier. Sounds are often flooded areas where the sea has entered a low lying area.

Milford is the most widely known of New Zealand’s sounds and will soon get its own blog page. For tourists, and most New Zealanders as well, there are only two sounds that can be reached without your own boat or helicopter; these are Milford and Doubtful. Milford has a walking track that allows visitors to arrive on foot after a 33.2 mile (53.5km) walk that usually takes five days and four nights. Visiting Doubtful Sound requires a boat ride across the fresh water Lake Manapouri and then a bus ride down to the shore where the salt water (mostly) adventure starts.

The boats that take people out into the fjord, and perhaps to the Tasman, are large and comfortable. Lunch can be purchased and the captain and a naturalist narrate along the way. If the winds are light the boats will enter the Tasman and perhaps give passengers a chance to see Buller’s Albatross (mollymawk). This is the most commonly seen albatross but Southern Royal, one of the Wandering complex and perhaps Shy can also be encountered. There are about 25 pairs of Northern Royal Albatrosses nesting across the island on the Otago Peninsula at Taiaroa Head. It is thought that these birds move east toward South America after nesting. 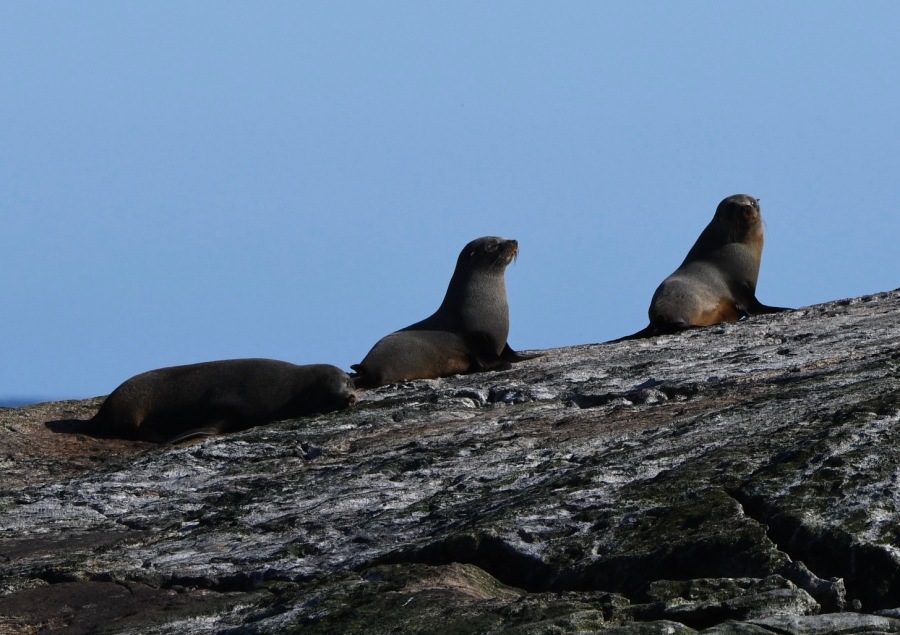 It is never guaranteed but it is quite likely that you will see Fur Sea Lions (erroneously and routinely called Fur Seals) loafing on rocks along the way. There may be Bottlenose Dolphins as well; but probably no other mammals. The birders will see Red-billed and Southern Black-backed Gull, White-fronted Tern and perhaps see New Zealand Pigeon, Kaka, or Bellbird in the trees along side.

There are two penguins that frequent both Doubtful and Milford Sounds – the Fiordland Crested and the Blue Penguins can both be seen. The small Blues are possible year round and the Crested are in the fjords for nesting starting September and running for a few months. They nest in fallen rocks or under rough vegetation and are not easy too see even when they are around. 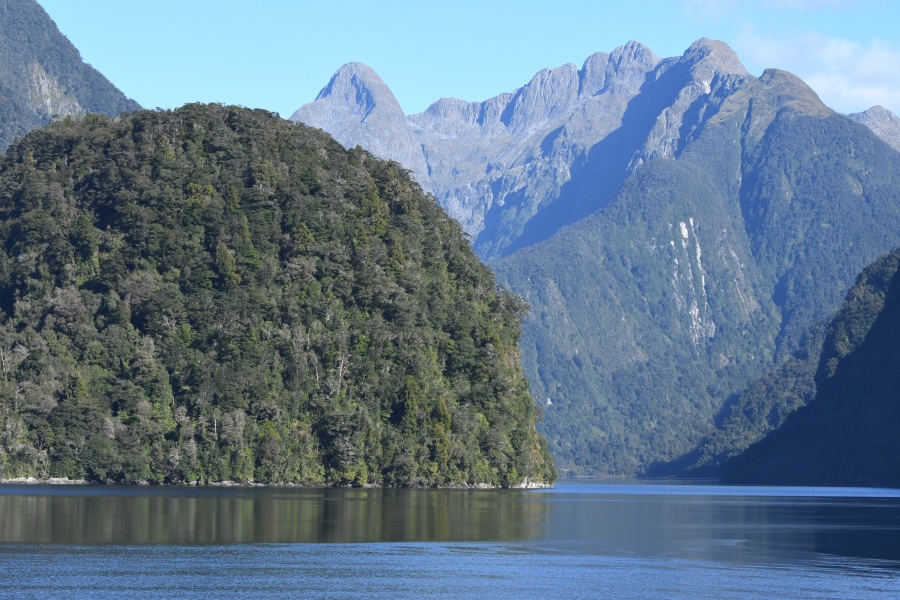 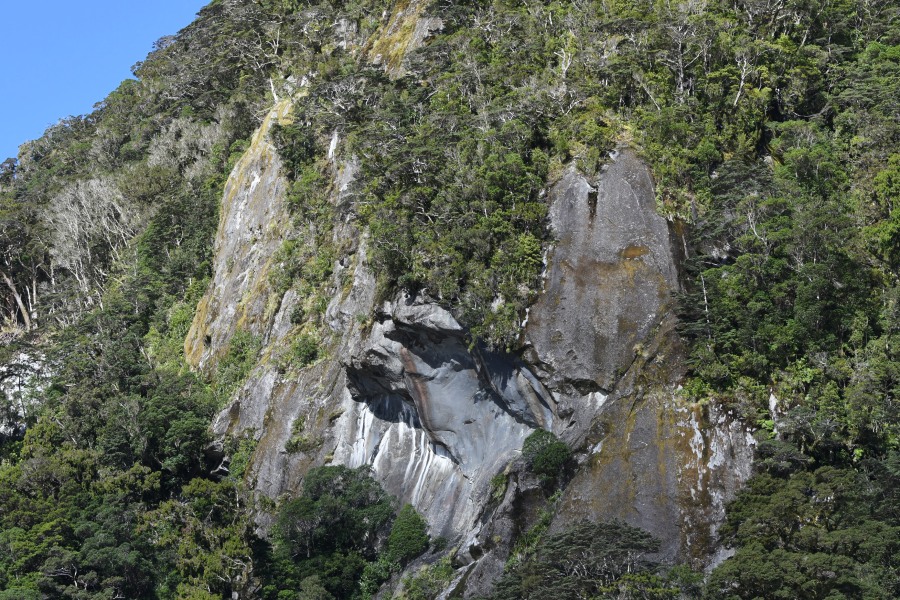 The sides of a fjord are steep. this holds true in Alaska, Norway, Chile, and New Zealand. In many place the vegetation seems totally inappropriate. How can tress grow on sheer rock walls with no soil? The can and do – mostly in mats of roots that layer over the rock rather than penetrate into the rock. This results in tree-slides on occasion where sheets of vegetation simply slide down into the water.

In New Zealand as on e approached the Tasman Sea at the salt water end of the glacier it is likely that you will see Sooty Shearwaters or Buller’s Albatrosses. There are many varieties of ocean birds in and around New Zealand but these two are the most usual.