The highlands of Ecuador are an invigorating stop either before or after a trip out to the Galapagos Islands. The city of Quito is in the highlands at an elevation of 9,350 feet (2,800 meters) and the Antisana Ecological Reserve is at about 12,000 feet. The thin air at Cusco and Quito can be noticeable to most travelers and a problem for a few. In general a slow pace, lots of liquids (including the local brew of coca tea) helps, but some will get headaches or find themselves panting a bit. Machu Picchu is about 8,000 feet (2,430 meters) and is not considered a significant problem elevation. (As a matter if fact, commercial airplanes are pressurized to an effective 8,000 foot elevation with increases and decrease designed to match the air pressure at take-off and landing locations.)

The highest we traveled was when we were at the Antisana Ecological reserve and though the peak of the volcano named Antisana reaches upward to 18,714 feet (5,704 meters), we stay more than a mile lower than the perpetually snow-covered peak. The day-trip to Antisana offers a view of rural Andean Ecuador. The montane forests are left behind and the grassy slopes predominate. This is the land of the Andean Condor, Carunculated Caracara, and Plumbeous Sierra-Finch – and wind, lots of wind. 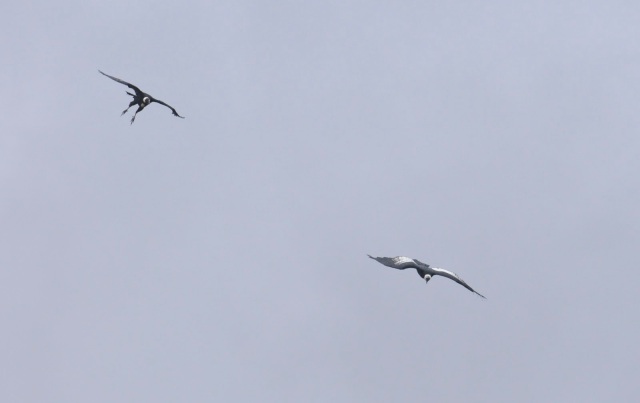 Incidentally, by most definitions we are still in, though perhaps the very end of, the Pliocene-Qauternary Glaciation period. This definition can hold as there are still ice sheets (Alaska, Greenland, Arctic, and Antarctic) in existence. This period has now lasted about 2.6 million years! Within that period the amount of glaciation (and the depth of the seas and the amount of open land)  has varied in cycles that seem to be occurring in 40,000 and 100,000 year time frame. The glaciation has advanced and retreated many many times during this long period of time.

Once back in Quito you may want to stop in a neighborhood to try one of the Ecuadorian food stuffs that you may never find anywhere else in the world; guinea pig. Much the way pork, chicken, sausage, bratwurst, or steaks will be barbecued for you as you travel Route 66, in Ecuador a sidewalk barbecue option is the smallish mammal we think of as a third grade classroom pet. The Andean people were not able to locate extensive amounts of protein in the olden days. There were able to grow cereals and other carbohydrates (especially potatoes) but there were no great herds of harvestable mammals. They took to raising small mammals much they way you might keep a coop of chickens. In many places Guinea Pig is a meal of special holidays but it is also available throughout the year in many locations. City dwellers as well as country folk will still raise a few guinea pigs for holiday meals. 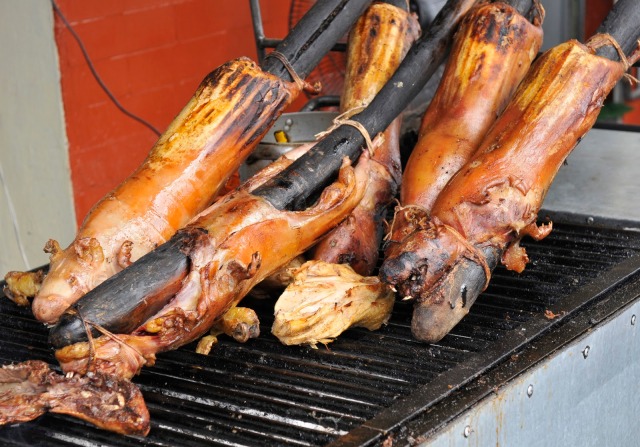 One thought on “Ecuador: Guinea Pigs and Condors”