Skip to content
Sydney is a nice city, as I have mentioned, and quite expensive. (Actually Australia as a whole is expensive – their dollar and the US dollar are just about equal right now and things cost more here.) I have the occasional Diet Coke and have not yet paid less than $3.20 in any kind of store. The highest asking price was $4.80. The meals are pretty dear as well. A breakfast will start at $9 for coffee and a croissant. But a 6” Subway chicken sub is about $7 – which is about a third more expensive I guess. A real breakfast with eggs, toast, bacon, tea, and juice is over $30. Lunches are expensive as well. Dinners are not as out of line as the other meals; they probably run 20-30% higher than we pay. Although a burger, fries, and a beer is usually a hair under $20. People from here still come to the US to shop if they can get there, but not like three years ago when they saved enough to cover the cost of travel. In the US the taxes are less and the goods are less expensive overall. Southeast Asia is often the destination for Australians these days.
Yesterday afternoon at 3pm the Melbourne Cup horse race was run. The country simply stops and everyone watches the race. There were thousands of young people at every pub and in front of every TV. The girls were dressed up in cocktail dresses and had “fascinators” in their hair. These were usually feathers but sometimes flowers. The young men were also dressed in suits and ties and it was quite the scene. By 9pm things were a little worn. 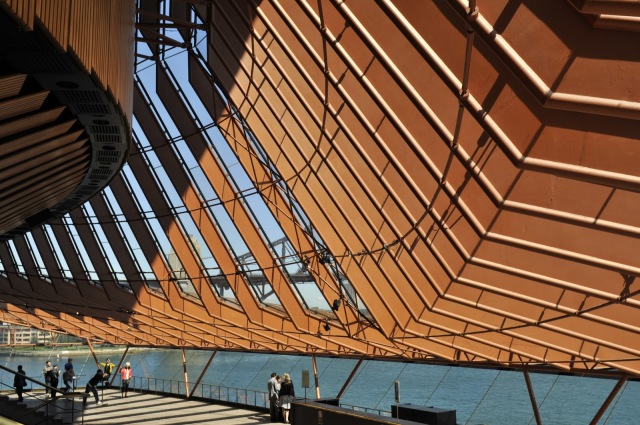 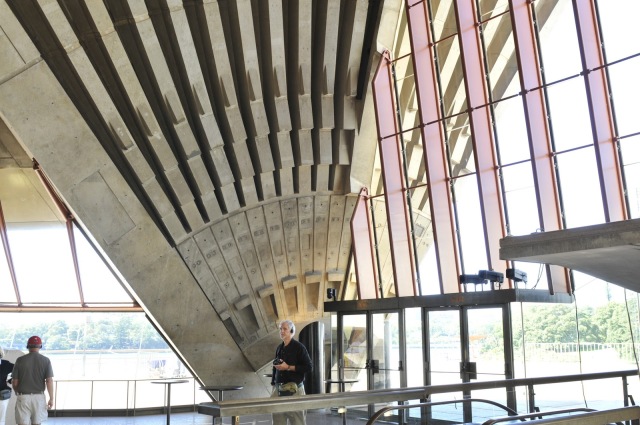 This last day in Sydney is a bit of a hodgepodge. I have a talk and a walk through the Royal Botanical Gardens that last for almost two hours and then we have a one-hour tour of the Sydney Opera House – both of these are excellent and enjoyed by all. About noon there is the potential for a break if people want it. The three images above show some aspects of the Opera House. It is polished concrete and wood inside and ceramic tiles and concrete outside. The design rarely closes in on you, there are always open expanses at the end of each hall or stairway. The long arcs inside are sections of a sphere that were precast and then connected in space. It was impossible to create what the architect wanted on the ground – they tried 16 designs and almost gave up before he thought of this.
Margaret has found an exhibit on the early day – convict labor and the start of the country and she has a sculpture exhibition along a pathway in Bondi Beach. There is at least one person who has signed on to walk over the top of the Sydney Bridge (yes really, $250 or so and very high) and a about four who are heading to the city’s very well done aquarium. So we are scattered over and about the city.
I will make a last visit to the Apple Store (to post a last blog and do emails) and then head into the Royal Botanical Gardens to photograph somer of the birds and bats. We will all reconvene at 5:45pm to head off for our last dinner in Australia. Tomorrow there is a 5am wake-up call that starts us off toward Christchurch, New Zealand. 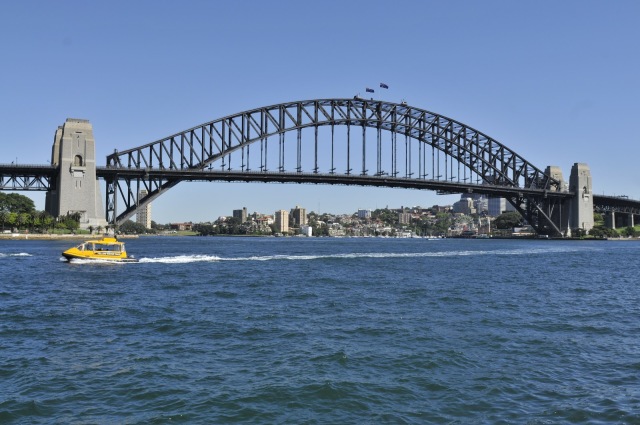 Because of the schedule I cannot add to much today – the bridge is the city’s second iconic feature and is walked across at deck level by anyone who wants to, but there are a few that pay for the privilege of walking over the top.

The bird above is a Masked Plover – one of the Vanellus plover Genus, like those of the African plains. This large shorebird is part of the park, garden, cemetery, and gold course scene. 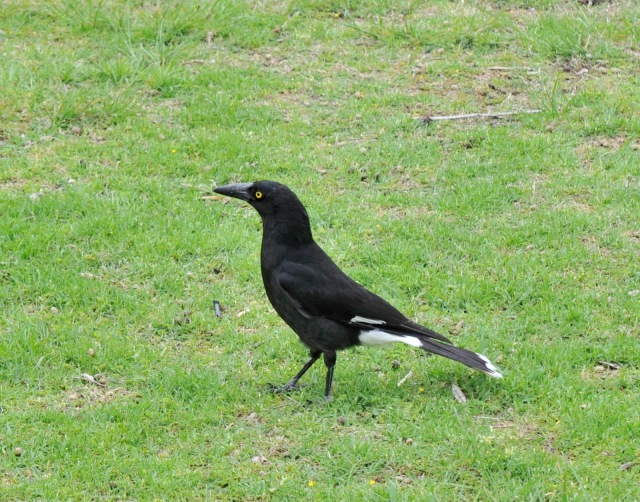 Currawongs (above) and Dusky Gallinules are common parkland birds. There is nothing in North America related to the Currawongs. They are almost crow-sized and have a nice bell-like musical call.

The Dusky Gallinule is a common bird of most wetlands. This one was in a small lily-covered, pond in the botanic gardens.