As we flew into Midland-Odessa Texas from Dallas-Fort Worth it was easy to notice that the ground was pocked with extraction stuff. Hundreds and hundreds of pads from which gas and oil was being drawn to the surface; pad after pad from which fracking takes place deep underground and oil pumps hum. The smell of money (gas especially) is in the air. This areas oil resource has been tapped for about 100 years but the new methods (horizontal drilling and hydraulic fracking) started a huge boom about seven years ago; 2012 that is. This is way larger a field than what North Dakota has and it may be the largest in the world – certainly one of the largest. (That probably doesn’t speak well for alternate energy options as this is an American oil/gas resource and it is huge.)

Now we were heading for the counties of Presidio and Brewster – both of which are almost entirely outside the Permian Basin and hence largely out of the money. Once we were inside the airport at Midland it was a wall-to-wall display of resource development. The advertising on the terminal walls was all about water, sand, drilling, shipping, pipe lines, oil and gas and there was a lot of advertising, a whole lot, of adverting. The displays were large and colorful; there was no disguising that this area was wallowing in the hundreds of millions of dollars worth of oil and gas that it sat upon.

As broadly interesting as this was and as important as it is to the US economy….we got out of town as fast as we could. We were a whole day late after being delaying by violent weather the day before in Dallas/Fort Worth and we had places to go; roads to drive and Road Runners to see. 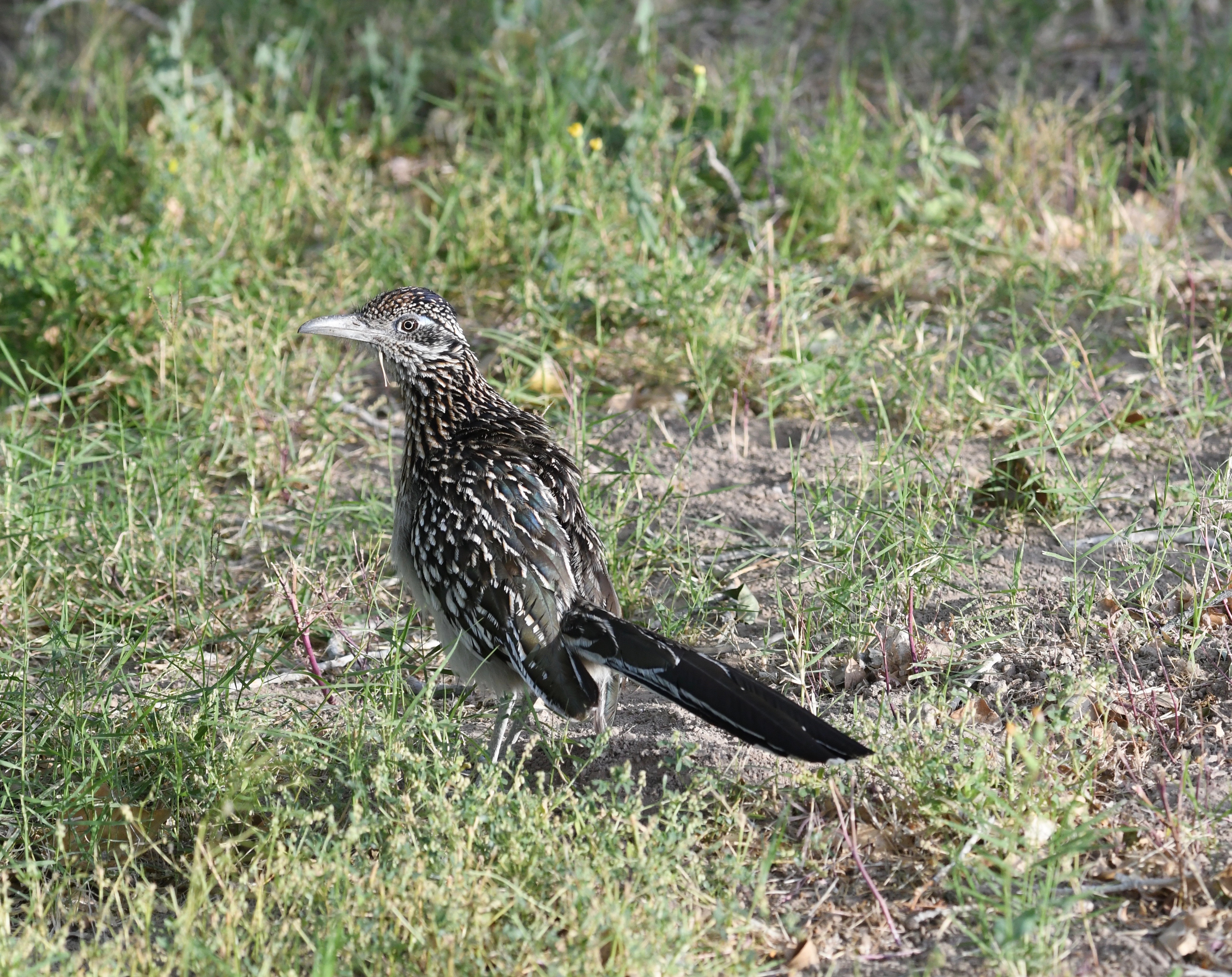 Our first stop was as a Texas wetland, surprise surprise. It was the I-20 Wildlife Preserve & Jenna Welch Nature Study Center just a couple miles from the airport and the car rental. This spot is right on I-20 and for the most part noisy with trucks and traffic. But it was nice to see lots of families walking, some western birds, lots of coot and ducks, and it was really nice to get out of the planes and airports that had held us captive for the previous 24 hours.

But our destination for the day was still many miles and a few hours away. We settled in and headed south toward Alpine and then Study Butte and Terlingua; the gateway to the Big Bend National Park. Speed limits along these rural roads are posted between 70 and 80 mph. There was ample warning of a need to slow down for a curve or the arrival of a passing lane; but for all practical purpose people drove the speed limit on these nice wide roads – with great visibility….there are few trees in this part of Texas. The scenery was mostly geologic but nice.