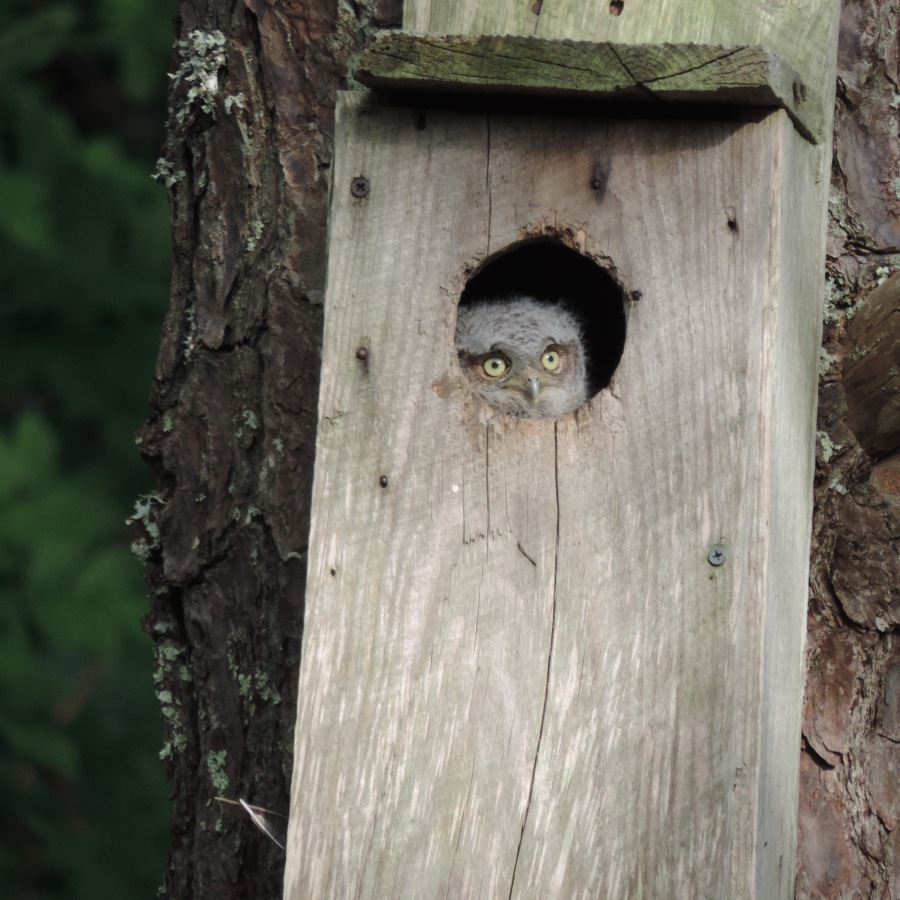 We have had an owl-box on a pine tree at the edge of the yard for several years. Off and on an Eastern Screech owl Owl pair uses it for nesting. Usually we don’t realize that they  are in residence until the babies crowd the mother (we assume it is the mother) into the opening during the day. The adult will seek a bit of “me time” while loafing in the opening of the box. The youngsters remain in the dark inner cavity. But eventually they start to get curious about what mom is looking at and they make their way to the opening and get a look at the big world that awaits them. This little guy is one of the two gray phase youngsters currently being raised in the box. The adult that we have seen is a red phase bird. Perhaps both adults are red phase birds. The genetics of Eastern Screech Owl coloration is beyond me – gray parents have red or gray young and red parents have either gray or red young. The mixed generation will be either red or gray; not some sort of reddish gray or grayish red.

Anyway they are cute. Lately the mother has been out of the box whistling softly in the late afternoon, seemingly too encourage the kids to move about and start to flex their wings.