Zebras are so iconically African.

-Zebra occur from East Africa down through the southern African countries. There are some easily seen differences between the northern and southern populations but by and large they are the same creature. There are six subspecies (races, populations, genetic groups, clades) throughout Africa. The Grevy’s Zebra is found north of the equator (mostly in Kenya) and is in a second genus. Grevy’s is the zebra with tight narrow striping; a real beauty. All the others are closely related and in the same genus.

-The great herds of migratory wildebeest that can be seen in Kenya and Tanzania are often accompanied by thousands of Common (Burchell’s) Zebra. Though they are often seen in large groups, like many animals (elephants, crows, and others) they are really in smallish family groups that have gathered together. The zebra family is usually one male, two or three or four females, and a few youngsters. The male is noisy and overbearing especially if the group is mingling with other zebra.
-The images below show a male exhibiting his power/presence/frustration for a small group of family members our perhaps another male. This show of strength might have been caused by the approach of a second male or even by the behavior of a nearby young male (perhaps a son) who is getting a bit to interested in the females.
-When large groups form, as in the migration, the noise can significant as all the males call loudly and often in trying to consolidate and organize their family and yet the overall group is to large, and to self-interested, to allow each family its personal space. In East Africa when migrating zebra have to cross a river, usually when headed back northward into Kenya, the family is rarely able to stay together and the males can often be seen in the middle of the rivers bawling loudly to get the females or youngsters together. This often causes zebras to be swimming both in the direction of the migration and then returning to the departure spot to get things organized. Chaotic and totally disorganized. 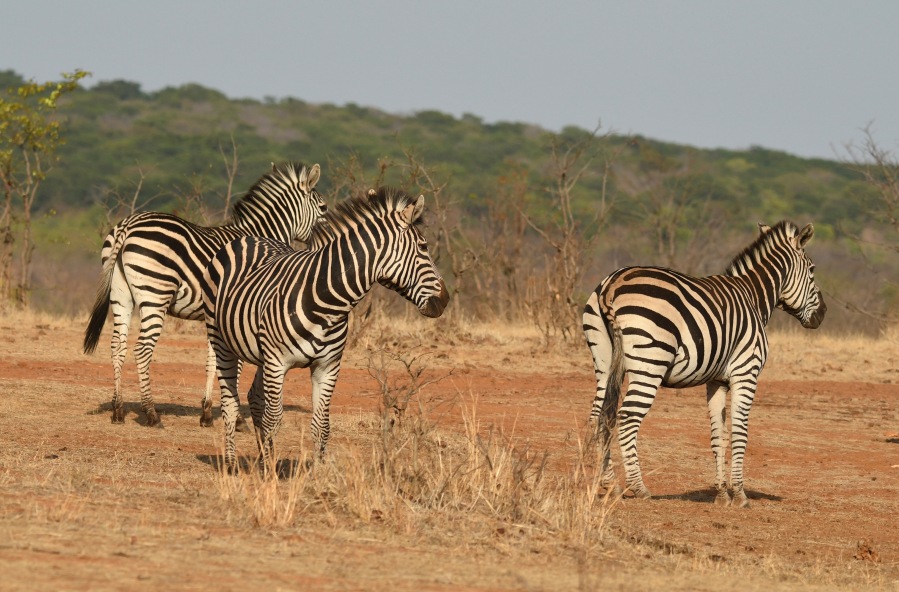