Though the Kirtland’s Warbler was the target of the trip there was a great deal to see and enjoy. The following images are a representation (and annotation of the outing).

We were impressed with the huge lilacs that were all over central Michigan. We found that central Michigan, like many rural areas, places landscaping rather low on the list of urgent things to do. We saw more old 4x4s and snow machines than we saw mowed lawns. But the lilacs were great!

Lilacs were everywhere and almost always in full bloom. 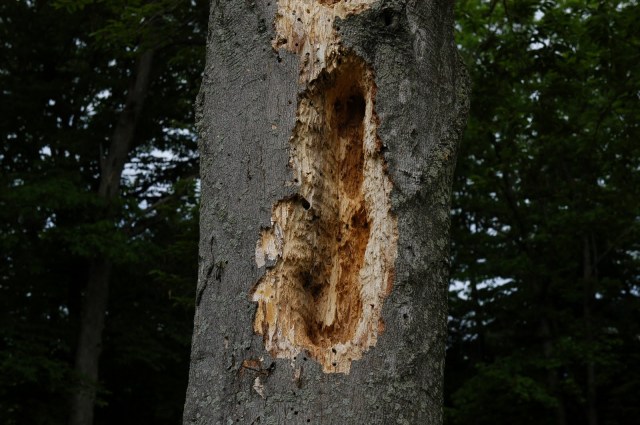 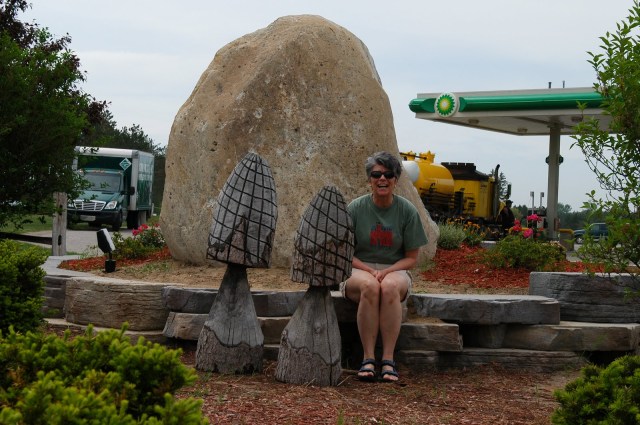 Mesick, Michigan is the mushroom capital of the US; so they say. The morels were selling from roadside trucks for as low as $40 a pound but where half again higher in the stores. They may grow mushrooms here as well, but the morels were the highlight when we went through.

In the winter we see a lot of Ring-billed Gulls here on the Atlantic coast. These are birds that nest in north-central US and south-central Canada and then fly east along the St. Lawrence to the coast. Dave Winfield hit a Ring-billed Gull with a baseball in warm-ups in the Toronto outfield one evening – remember that? It’s a wonder that more don’t get hit as there are tens of thousands of Ring-bills that migrate through the Toronto area. There were easy 4000 pairs nesting on this dike road through a sewage treatment facility – it was a narrow and noisy (and messy) ride.

This Hairy Woodpecker was sunning on a tree trunk. The woodlands were mostly deciduous with a large proportion of the trees being Sugar Maple. Though it turned out to be coals-to-Newcastle we brought New England maple syrup for house-gifts. 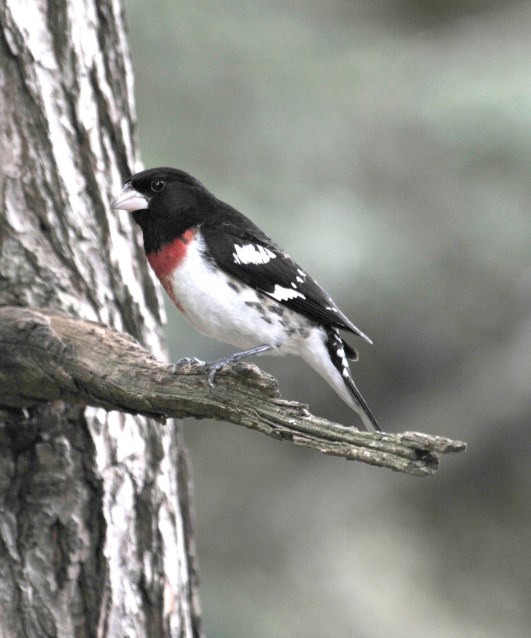 The two grosbeaks shown above were in an area of old-growth forest called the Hartwick Pines – though it was mostly hemlock. The Rose-breasted and Evening Grosbeaks are no longer considered to be close relatives. On the new Michigan bird lists (taxonomically arranged and showing evolutionary similarities) there are at least 22 species listed between them; including the blackbirds, meadowlarks, grackles, cowbirds, finches, crossbills, and siskins. There are many more birds between them on a US list….. isn’t DNA grand?

The birds below are Cedar Waxwings. A soft-plumaged species found throughout North America. 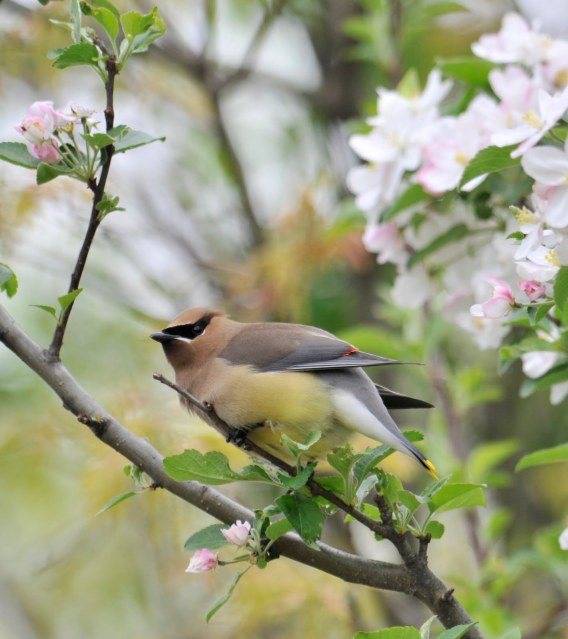 The bird below is an Eastern Kingbird. This is a bold and obvious species in open areas with tall trees anywhere in the US. It always surprises me to see flocks of them in the Peruvian Amazon during our winter. We both seem to enjoy the warmth of the tropics in January. 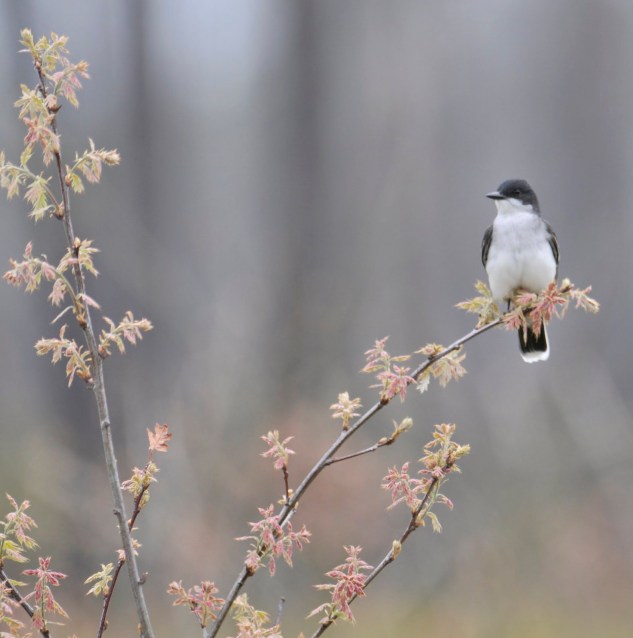 The last three images are of sparrows that were seen in with the Kirtland’s Warblers. The Jack Pine habitat seemed to harbor a nice array of grass-scrub, second-growth birds. 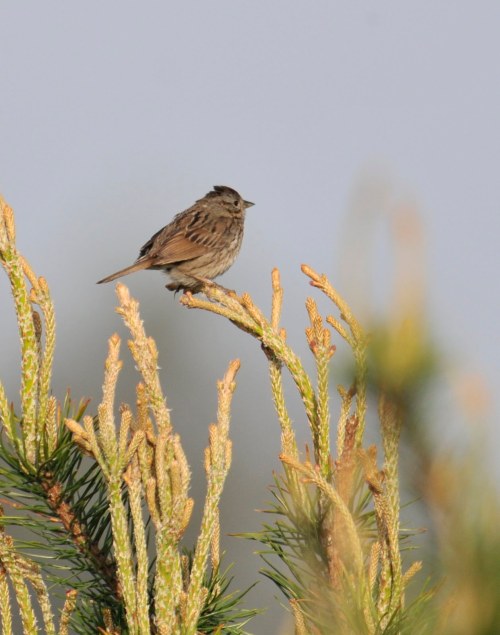 The Lincoln’s Sparrow is a tidy, gray-faced bird.

The Clay-colored Sparrow was abundant in North Dakota when we vacationed there two years ago. It is always nice to see and hear this species. When we see them in the fall, few and far between, they are silent. 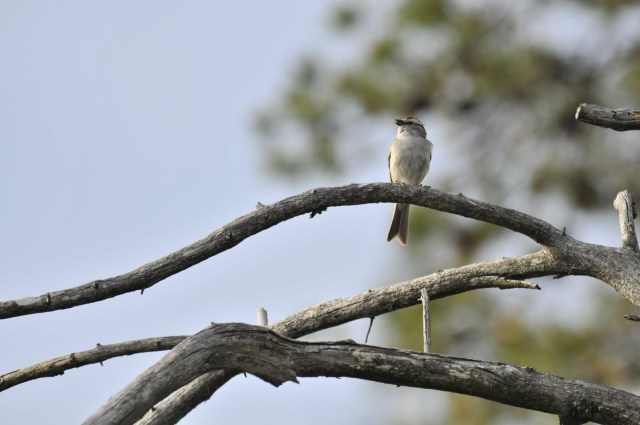 The Chipping Sparrow is a fan-favorite throughout the US. It is colorful (for a sparrow), perky, and vibrant. They were common throughout Michigan as they are in all of the lower 48 states.